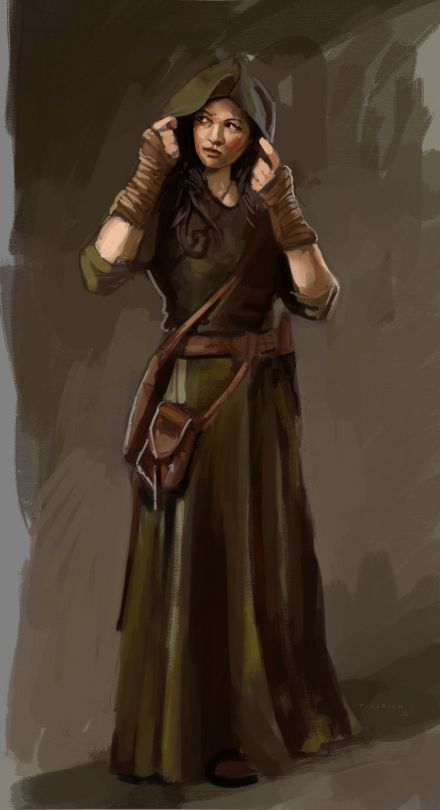 It is my policy that all player characters, regardless of the party they run with, must start the game at 1st level.

When creating a player character, players choose 4d6, or four 6-sided-dice. These are rolled in succession six times. In each case, the lowest die, or one of the lowest dice, is discarded, so that the remaining three are added together. These six totals represent the new character's ability stats.

When rolling the player's first character in the campaign (this being the "prime character"), the six rolls must meet one of two minimum standards: a) one of the six results must be 17 or higher; or b) one of the results must be 16 or higher, provided a second result is at least 15 or higher. If this standard is not obtained, then all six results are discarded and the process begins again from the beginning. This continues until six dice are rolled that meet the minimum standard indicated.

[My experience has been that while many characters are prepared to run characters with lower stats, this becomes a problem after a player has run that character for eighteen months or more. Since the majority of my players will continue to play a given character in my world continuously, most often for years, I insist that their first character be minimally special.]

When the six ability stats have been finalized, these are then arranged at the player desires into the various six stats:

Wisdom: education and willingness to learn from mistakes

The character should then make note of their character’s class skills, their spells and their sage abilities. The character should choose weapon proficiencies. What money the character has should be used to purchase clothes, footwear, equipment, animals, servants and other hirelings, a spellbook or holy symbol if desired or appropriate and so on.

There is no need to choose alignment.

Once these things have been sorted, the character will be ready to run.