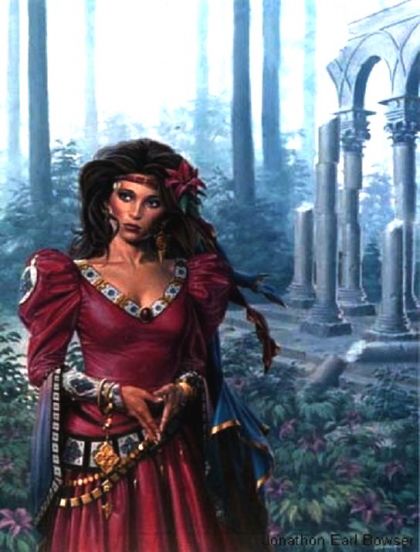 Clerics are religious leaders, and may be part of whatever belief system the character desires. Major religions include Christianity (Catholicism, Orthodox, Protestant, etc.); Islam (Sufism, Shiism); Buddhism; Hinduism; Taoism; Shinto; Judaism; Zoroastrianism; Celtic; Mayan and other American cultures; Greco-Roman; Babylonian/Sumerian; and so on. Each religion carries with it a variety of traditions and requirements, too many to list here; presumably, a character will choose a religion which they would like to research and play with interest.

A cleric’s primary purpose in any religion is to "spread the word," while urging others to renounce the ways of their "false" gods. Within every belief system there are religious orders who believe the latter can best be done through the decimation of "non-believers," or those of other religions. Any player character is free to choose how best to carry forth his or her god’s wishes. Within a D&D setting, violence carries the day—so players wishing to do missionary work with a weapon in hand should not be too harshly restrained.

To Become a Cleric

The primary attribute of the cleric is wisdom. Clerics may be dwarves, elves, gnomes, half-elves, half-orcs and human.

To become a cleric, a character must have these minimum ability stats:

Multi-classed clerics must have a minimum wisdom of 15. To gain a +10% experience bonus, the cleric must have a minimum wisdom of 16. The table shown describes the necessary experience to claim each level of the cleric, gaining hit dice and further abilities. Each level above 12th requires 225,000 additional experience. Clerics gain 2 hit points per level above 9th, but as this is not an increase in hit dice, further constitution bonuses are not accrued. Clerics cannot progress beyond 29th level.

Clerics receive cleric spells at each level. They also possess unique combat abilities and sage abilities. Players wishing to become a cleric should familiarize themselves with these characteristics.