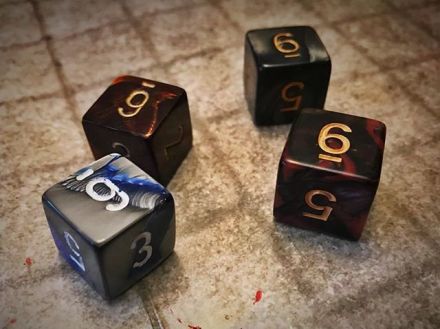 Also known as ability scores, abilities, attributes, primary characteristics or simply "stats.' Ability stats describe the limitations of a character’s prowess in mind and body. The stats possessed by everyone include the following:

It's helpful to the character’s survival for stats to be exceptional (with a rating of 15 or 16) in at least two ability stats or gifted (17 or 18) in at least one. When creating a player character, the players increase their odds of obtaining higher ability scores by throwing 4d6 and counting the highest three dice.

Because player characters can gain stats higher than 18 only through adjustments due to age or race, it's generally viewed that stats between 19 and 25 are those reserved for enormously powerful creatures like giants or for the gods. Only weak and helpless creatures have stats that are less than 3.

Ability stats can be drained or augmented by spells, magic items and creatures possessed of natural powers. In all circumstances, the character’s present stat is always counted towards ability checks and other game elements. For example, a mage whose intelligence is reduced below 9, either temporarily or permanently would lose the ability to cast spells and skills associated with that class. In such cases, the game presumes that the character’s knowledge is restored with the restoration of the ability stat.