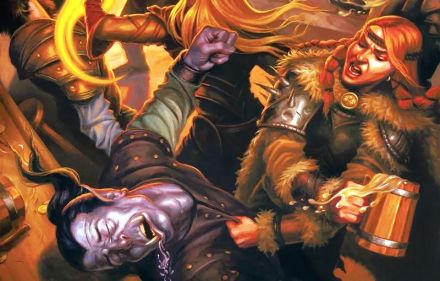 I do not play with alignment in any way, shape or form. Characters and NPCs are not required to subscribe to any given behaviour, including clerics, druids, thieves, assassins or paladins. They may kill or harm at will, they may perform good acts, they may do as they like, as any humanoid being might. As such, humanoid races do not conform to any standards either. They may be bloodthirsty or malevolent, but this does not automatically conform to concepts of “evil” or “good” as described under alignment.

Because a “good” person can wish to harm a party as well as an “evil” person, there is no “reverse” for the protection from malevolence spell. It is universal. Note the spell does not protect against those who are defending against the party's aggression, as defence is not malevolence.

There is such a thing as an evil creature, and “evil” can still cause a party to suffer penalties and fear. But this is NOT alignment, but an effect upon a characters physiology in terms of how it is affected by a kind of magic. Undead “evil,” for instance. Thus “black magic” exists ... it is not a description of personality, however, but of a dark wrongness, or unnaturalness, like a disease, infecting an otherwise wholesome natural world.