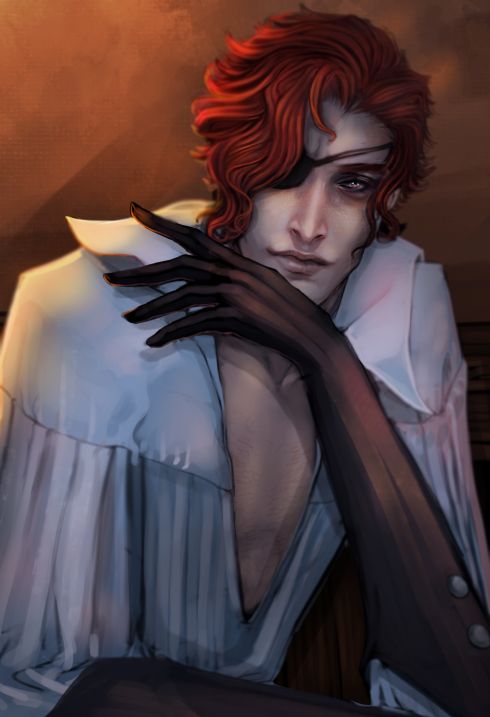 Intelligence is an ability stat, variously inclusive of logic, understanding, reasoning and calculating self-awareness. In most game situations, ability checks for intelligence are used to resolve situations where conscious awareness of details or personal alertness needs determining. Game intelligence bears no similarity at all to the character's "intelligence quotient." Intelligence helps define a character's ability to learn; but when discussing what a character HAS learned, that is more appropriately discussed under wisdom.

Players cannot use the character's intelligence as a shortcut or alternative means of solving game problems. Players cannot spontaneously announce that they're making an intelligence check to see if they "understand" something a non-character has said or done. Players must depend on their own abilities in these instances, as this is the game.

Intelligence is a primary attribute of mages and illusionists; it is a minor attribute for assassins, bards, paladins, rangers and thieves. The reason is that these character classes possess cerebral features — reflected in the class's sage abilities — that require a higher-than-ordinary mental capacity in order to solve.

This is most important of all as regards the mage's spellbook, which defines the chance of a character's unique intellect being able to comprehend and thus use a given spell. Spells being what they are, while a large part of a character's potential understanding does rely upon intelligence, it also relies upon the structure of the character's mind. Thus it's possible for a specific character with a 9 intelligence to understand a spell that one with an 18 intelligence cannot.

The Knowledge of Spells table indicates the mage's chance to understand each spell according to their intelligence. The new mage rolls a percentile-die for each possible spell the character may ever learn (although usually, it's sufficient to roll for 1st level spells until the character reaches an experience level where 2nd level mage spells are available. The "minimum number" explains the bare minimum number of spells the character must end with after making their rolls.

For example, the character Greer has a 14 intelligence somehow rolls so badly that despite there being 35 possible mage spells at 2nd level, she succeeded in only successfully rolling 11; stranger things have happened. As she's entitled to a minimum of 12, the die are not rolled again; the character is allowed to choose from those spells she missed in order to make up the difference.

The "maximum spell level" indicated on the table indicates the character's highest limit of spell they can possibly learn. In the example given, Greer would not be able to use 8th or 9th level spells. A mage with a 9 intelligence couldn't use any spell higher than 4th. Take note that many humanoids, such as orcs and goblins, have mages among their number with no better than a 9 intelligence, as the general intelligence of these races is much less than humans or demi-humans.

We can appreciate that combat consists of a wide range of tactics and abilities that rationally require different degrees of training and mental acuity. We would expect that a creature with 5 intelligence would be more apt to rush directly into combat than one with 15. The motivation for why the creature would enter into combat differs greatly also. A rhinoceros might be merely bad-tempered, while an elephant is more likely to be protecting its young. More intelligent creatures fight over honour, king and country, and for greed and the accumulation of power.

It's argued that more intelligent creatures fight for better reasons — though perhaps killing for the sole purpose of not dying from hunger is the "best" of all — one requiring no intelligence at all.

In any case, an effort is made in describing each point of intelligence how that measure defines how a creature will act in a fight. This would apply even to two humans whose intelligence differs by a single point. The guideline hopes to provide nuance for creatures of every intelligence, if they cannot all be counted upon to approach and engage in the same old way.

These includes Animals of the lowest order, which rely predominantly on hormonal response coupled with the bare-minimum of self-awareness. Able to feel "fear," most animals of this intelligence herd together in large numbers for defense; they have no protective instinct for others, however, unhesitatingly abandoning those that become prey for carnivores — even their own offspring. In most cases, those of animal intelligence seek to flee and will confront only if cornered and desperate.

Reproduction between animal-intelligence creatures is primarily sexual, with competitive displays of plumage or action determining which females and males are enabled to mate. Some sexual behaviours, such as "rutting" among various hoofed animals, can result in temporary periods (2-4 weeks) in which males are so aggressive that they'll show bravery and the willingness to confront or attack other creatures that approach. Usually, however, these creatures always give ground when approached.

Creatures of animal intelligence are always herbivorous and never hunters. They can display some curiosity when offered food, especially foods with a pleasant odour. This is not, however, indicative of a bond forming; that level of intelligence simply doesn't exist. These creatures can only be domesticated through magic and expert-and-above sage abilities.

These creatures are commonly hunters and carnivores, but also include a dull-witted class of animals that can be domesticated, such as sheep, goats and tamed cattle. Some such creatures have an intelligence above 2, but this is the minimum number without the use of magic.

Brave creatures are capable of fondness, loyalty and angry; as a result, many creatures with this level of intelligence form familial and "pack" bonds, especially lower-order carnivores that are canine or feline. Family relationships may last for life. Commonly, a strong bond is formed with a single mate if the creature participates in sexual reproduction, supporting each other when caring for their offspring. They hunt and attack any creature the group feels it can overcome, or succeed in breaking apart so as to chase down one individual as prey. If confronted, they are aggressive and defensive, giving ground only when forced to do so — though in some cases the stance of defense is a ruse to throw off an enemy so the creature can flee. In combat, brave creatures prefer to use pack-tactics to hunt prey.

These creatures have strong protective instincts for one another and their offspring, so that they'll support one of their number who's engaged in combat. This amount of intelligence describes the higher order of canines, felines, bears, swine and a fair number of magical beasts. Carnivores with this amount of intelligence are able to stalk, patiently following their prey until the opportunity comes to strike. In combat, they will attack both a primary and a secondary victim, reserving one attack for the latter while focusing their main attack on the former.

Horses, camels, dogs capable of being trained for war, leopards, elephants and other working domestic animals tend to have a 3 intelligence also. They're able to form close bonds of loyalty with humanoid creatures because of this; these animals are also capable of "play." This makes them useful in sage knowledge related to such as (hunting and dog training, horseback riding and camel riding — even falconry.

Other creatures will form staunch bonds among themselves and are capable of self-sacrifice for their own. Combat is instinctive; they attack in a full-frontal assault, without the ability to use weapons. They cannot communicate with language. They have no sage abilities.

Characters: does not describe monsters in any way. Characters with 3 intelligence are most commonly "dense" (see 6 pts). Some characters with a 3 intelligence are Idiots, with a mental age of 3-4 years, a minimum of speech, a dependency on others to secure food and to encourage the character to eat and to lead the charaacter around. "Idiots" cannot make plans, solve puzzles or interact meaningfully with others. They cannot use or understand money; they cannot have non-physical sage abilities. They cannot be instructed, and must be told when to fight and when to stop fighting.

These creatures have attained self-awareness, have learned to appreciate possessions — although they have no concept of "money" — and are able to communicate non-linguistically with other members of their number. They exist as families for the most part, or "troops," but have no social organization as clans or tribes. No humanoid race is composed principally of members with this amount of intelligence.

Play is extraordinarily aggressive. Fighting abilities are instinctive; attempts to arrange ambushes are preferable to rushing openly at an enemy, but tactics are direct rushing into combat. Most creatures of this intelligence won't use weapons, but a few that do have clubs and nothing better.

Characters: Does not describe monsters in any way. Characters with 4 intelligence are most commonly "dense" (see 6 pts). Some characters with a 4 intelligence are "Imbeciles," with a mental age of 6-7 years; they are able to eat, sleep and fight without supervision, but cannot make plans, solve problems or hold an adult conversation. They understand how to spend money, but don't know the "value" of money. Sage abilities are limited to physical skills. The character can be instructed in physical skills up to amateur-status.

Minimum necessary for a humanoid culture. Creatures are able to perform all familiar tasks related to food gathering, hunting, raising offspring, sorting and sharing material wealth and rough hand-made tools without checks, but do not have interpretive-based sage abilities.

Though able to understand the spoken word generally, creatures have high difficulty understanding abstract concepts such as philosophy, mathematics, science, mechanics or distant geography. Religion and history is understood primarily through story-telling and art, with no real sense of theology or causality. Magic is appreciated and recognized, but the process bears no comprehension at all. Limitations on such things, or why there should be limitations, are unclear to the creature.

When in simple, day-to-day situations, it is rare that any checks will need to be made. However, the alertness needed to think a player character's way through unusual environments (dungeons, dangerous and chaotic terrains, cities or streets where sensory overload is constant) will require occasional checks if there is no one else to keep the character focused. One such situation is battle.

Should surprise occur, creatures of primitive intelligence are apt not to rely upon their instincts but upon their responsibilities ~ and this may cause the creature to freeze, similar in manner to a deer but for entirely different reasons. Because of this, unless an intelligence check is made, the creature will be unable to take any action except to defend themselves for one more round than is usual. This hesistancy can be overcome, however, if a more intelligent creature, unaffected by this hesitancy, is there to shout "attack!" or similar order at the right moment, spurring lesser companions to action. Thus a chief in a primitive clan or tribe will usually have sufficient intelligence to thus lead their people.

Primitive intelligence allows the use of most hand-to-hand and hurled weapons, but discounts use of the bola, the bow, slings and like weapons that have multiple or moving parts. Common implements with moving parts require a check to use; complex implements, such an astrolabe or abacus, are beyond the creature's ken.

Though in the upper group for primitive cultures, for most civilized societies this indicates the bottom range of competent intelligence for social participants in daily life. Such creatures are able to work at repetitive tasks, raising food, maintaining domestic animals and other day-to-day social duties without intelligence checks.

They are, however, challenged to understand matters outside their immediate needs and positions. Even if they participate in religion, it is more mystery than belief. They are comfortable at festivals and sport; but discussions of current affairs and politics confuse them. They are apt to ignore the doings of the world. If someone should explain such things to them, it would be an intelligence check.

Low intelligence creatures have access to the full range of weapons and the use of common implements without needing a check. Surprise in combat operates normally.