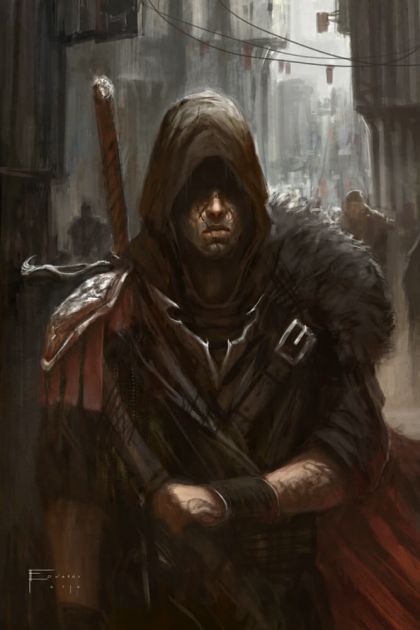 Describes a class of individuals whose search for short cuts in life has promoted a specialization in criminal activities. While not necessarily devious or despicable, thieves are willing to skirt the edges and profess doubtfulness in the legitimacy of the law or those who defend it. Thieves would be the first to justify their activities as "evening out the the imbalance" between themselves and the rich and powerful.

There are many ways a thief might change his or her fate, from outright robbery to the clever redistribution of wealth. A thief can steal directly or in using a pen; it amounts to the same thing. Some would never stoop to stealing from the helpless, the kind or even the religious community; others will dip their hands into a blind man's hat or steal the collection plate as well as what's in it. Some may draw a firm line at killing; others will kill when they absolutely must. Still others won’t hesitate to knife a hapless resident who has foolishly come downstairs in their bedclothes. No two thieves are exactly alike.

To Become a Thief

The primary attribute of the thief is dexterity. Thieves may be dwarves, elves, gnomes, half-elves, halflings, half-orcs and human.

To become a thief, a character must have these minimum ability stats:

Multi-classed thieves must have a minimum dexterity of 15. To gain a +10% experience bonus, the thief must have a minimum dexterity of 16. The table shown describes the necessary experience to claim each level of the thief, gaining hit dice and further abilities. Each level above 12th requires 220,000 additional experience. Thieves gain 2 h.p. per level above 10th, but as this is not an increase in hit dice, further constitution bonuses are not accrued. Thieves cannot progress beyond 29th level.

Thieves possess specific combat abilities and sage abilities. Players wishing to become a thief should familiarize themselves with these characteristics.

When in an urban environment, thieves are only surprised on a 1 in 6.