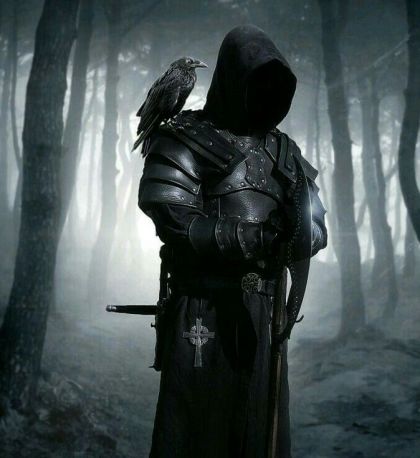 Embraces those who discard the belief that overarching power must be fought with equal power. Assassins believe that hierarchies, however powerful, can be unbalanced and toppled by insurgency, terrorism and surgically applied force. The assassin is a fighter prepared to use any means necessary to accomplish goals. Those goals are personal and may be far-ranging, depending on the assassin — but they are as blunt and deliberate as a knife through an enemy's ribs.

Assassins are often found leading informal wars, acting to defend rebellions of the weak against their masters, acting as spies and heads of cabals, raiding kingdoms and empires — or merely adventuring to accumulate resources, for an intended putsch or the establishment of a political faction.

To Become an Assassin

The primary attribute of the assassin is strength. Assassins may be dwarves, elves, gnomes, half-elves, half-orcs and human.

To become an assassin, a character must have these minimum ability stats:

Multi-classed assassins must have a minimum dexterity of 15. Assassins gain no experience bonuses. The table shown describes the necessary experience to claim each level of the assassin, gaining hit dice and further abilities. Assassins cannot progress beyond 15th level. [experience table]

Contrary to myth, there is no limit to the number of grandfather assassins that may exist at one time. Each is usually aware of the next, respecting and competing with one another for power in the world.

Assassins possess specific combat and sage abilities. Players wishing to become an assassin should familiarize themselves with these characteristics.

When in an urban environment, assassins are only surprised on a 1 in 6.