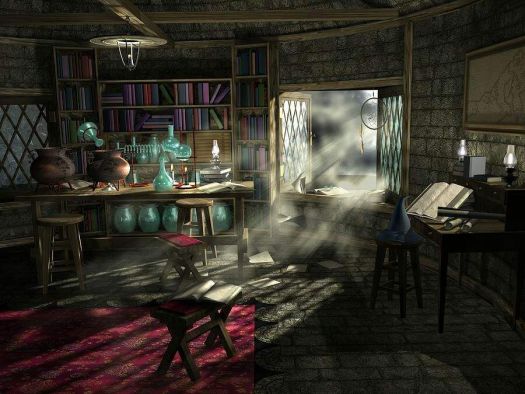 Sage fields are large spheres of knowledge available to the character by virtue of his or her character class. Each class typically has 4 fields; druids have 3 and bards have 18. When creating the character, the player choose which personal field they'd like to specialise in — knowledge related to that chosen field is described as "in field." Non-specialised knowledge is described as "out of field." In turn, fields are divided into sage studies, which are more specific areas of learning.

This knowledge is acquired during the character's education, from childhood onward, until they've satisfied the requirements of becoming 1st level. Children are given at least some education in every field and within every study, most of which is cursive and of no immediate use to the player at first. However, as the character gains levels, the formal instruction they received as children allows them to increase their knowledge points greatly in their specialisations, and marginally in subjects out of their fields. In time, usually at 7th level, characters can acquire another field; and another field again at 13th, as they advance themselves with learning in many subjects.

Fields and subjects provide a structure for the distribution of sage abilities, which are proficiencies and skills the character possesses, and which can be applied practically in a wide variety of actions. The more fields a character has, the more widespread becomes their knowledge, and the greater number of immediate capabilities the player has at his or her fingertips.

A given sage ability might be available for gain from multiple fields, due to that ability having multiple applications. If a character finds they've obtained an ability from one field that was already possessed, this provides no augmentation to the ability itself; it simply means the character has arrived at that same skill from different directions.

Below is a list of available fields, according to the character classes to which they apply. With regards to "animal training," while assassins, fighters, paladins and rangers all have "animal training" as a field, the form possessed by assassins is less extensive.