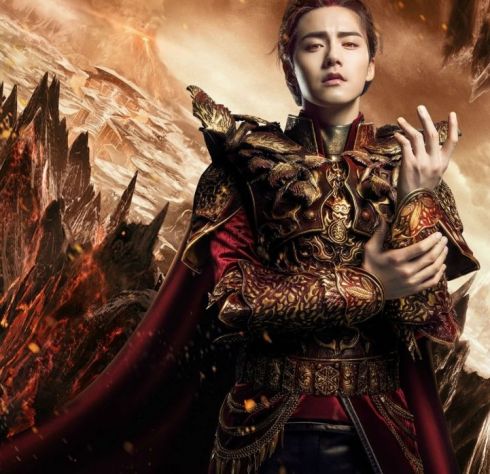 The most wide-spread and dominant humanoid race on Earth, humans are also the oldest race, with a history reaching back millions of years. The spread of the large and increasing population of humans threatens other species control of their lands, so that in most quarters of the world humans are seen as a threat. Conversely, humans tend to see the lands of other peoples as ripe for conquest and expansion, so that the fears held by others are largely justified.

The migratory background of humans throughout the game world corresponds to what we understand of the real world. Humans were not made by the Christian God (who nevertheless took the credit), but evolved over time and then spread through the world. Migration over the land bridge into the Americas occurred 5,000 years earlier in my game world than is generally understood, and was hampered somewhat by the presence of non-human races that continue to dominate Siberia in my game.

Humans are fairly dissimilar in precise features, with ranges in pigmentation, eye colour and hair that far surpass other humanoid races. This page does not seek to examine the particulars involved, though the matter is covered in the character background generator.

This is unquestionably too focused on European variants; but most of my readers and players come from those areas and do recognize their differences from one another. In any case, an attempt has been made to offer subdivisions that create more nuance than that there are only three or four ethnic choices. Obviously, any approach this this issue is bound to rouse concerns. I am open to expanding the effective number of ethnicities if asked. Those interested in adding a new category should contact me at alexiss1@telus.net.

Apart from their number and size, humans have no advantages over other races. They are, in game terms, very average with regards to their ability stats, with no special defences against magic or other attacks. Being larger, they do tend to have more hit points.