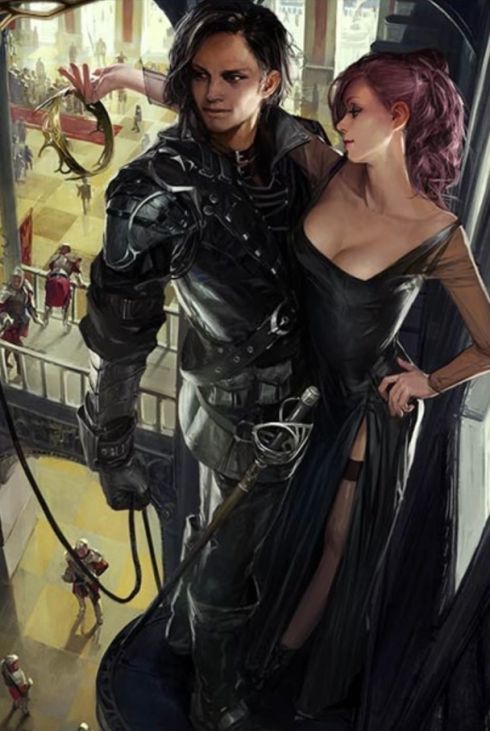 Below can be found a list of the knowledge fields and studies available to the Thief Class. Starting at 1st level, the thief gains one field, and one study within that field. This choice is left entirely to the player.

There are four fields to choose from:

Fraud: intentional deceptions intended to secure unlawful gain of privilege or wealth, including attempts to deprive others of their legal rights. Fraud often causes others to experience financial loss, a destruction of reputation and even be named guilty for the fraudster's actions.

Skulduggery: the participation in underhanded or unscrupulous personal behaviour, enabling practices that are disreputable, unethical or illegal.

Streetwisdom: describes familiarity with the criminal element and how to best to handle themselves in rough quarters and among rough people. Characters with this knowledge are savvy and elusive, and often possess unexpected talents.

Theft: the bold acquisition of another's property, taking and keeping it without remorse or shame. The act of thievery is understood as the central motivation to the thief's class, but thieves take from those they choose.

The studies within these fields are each described more thoroughly on their own pages — and in turn are a number of sage abilities that await possession by player characters and others. Following are a list of studies sorted by their field.

At 1st level, the thief player character will gain 12 knowledge points in their chosen study. A d8-1 is rolled for the other studies in the thief's chosen field, producing a result of 0 to 7 each. A d4-1 is rolled for all other studies in all other fields, producing a result of 0 to 3 each. Therefore, the thief will accumulate sufficient points in every study to most likely become an amateur in all or most studies. Be sure to read the sage abilities page for additional details.

This accumulation is assumed to occur steadily, through everyday discussions with NPCs in settled places, chance reading of books, experiment and insight, whether or not the character ever expresses their intention to gather this knowledge. Time in the campaign is often skirted over ... so we may assume the character spoke to someone in their profession along a road, at a tavern, perhaps finding a shelf of books (and poking through them) during an afternoon's shopping or whenever.