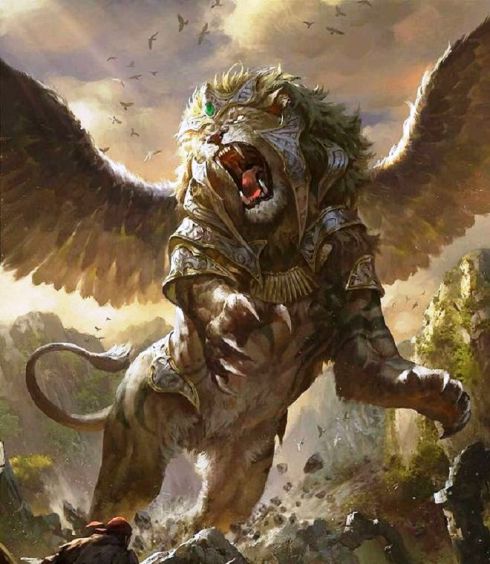 Raking is a form of attack used by specific monsters, most notably large felines and dragons. Beasts and animals with the ability to rake have fore claws that are designed to scratch or scrape in a long, sweeping movement against an opponent.

When attacking, these creatures prefer to strike at a single target with both claws, rather than at different targets — as a hit with both claws on the same target indicates the creature has been able to grapple with its enemy for several seconds.

As it grapples, the creature causes damage with both its front claws (as it hit with both) ... but then also does damage with its back claws as well, without needing an attack die.

For example, a leopard hitting with both its front claws causes 1-4 damage with each; because it hits with both, the leopard automatically rakes with its back claws, causing an additional 1-6 damage with each. The target thus suffers 4-18 damage.

If stunned, the target is thrown into a random adjacent hex, a change from the normal result of a stun. The raking animal will then continue to occupy the target's former hex, though it usually has enough advantage remaining to reverse back or to the side away from the target, preferring to use one action point to move 4 hexes (stride-4) from all its enemies.