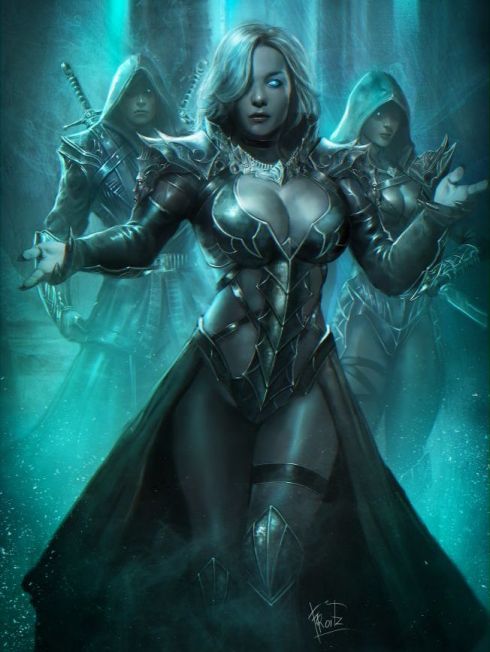 Charm is an attack form in which the victim's mind is controlled by spell or natural ability. There is nearly always a saving throw vs. magic that negates the attack, representing the character's mental capability to resist or "throw off" the attempt at charm. Powerful minds can decrease this chance with negative modifiers to the character's save.

While a character may be able to resist a particular monster's charm at one moment, this doesn't mean they're immune from future attempts. A failed save could indicate the character was distracted, tired, momentarily affected by stress or simply that the charming creature or spellcaster had found a different part of the character's mind to worm into. Charm is a pernicious effect that takes advantage of mental weakness, which may occur at any time for anybody.

It's often assumed that a successful charm transforms the subject into a perfect mental slave. This is far from the case. It's presumed the subject is still constantly in a mental struggle with the charmer, so that limitations exist on how much power the latter has. These differences are individual to each form of charm — as methods of controlling minds are unique unto themselves — and so each form must be examined independently.

The most dangerous potential for charm is the capacity to lead the charmed creature into injury and death, such as having him or her walk off a cliff or into the jaws of a terrible monster, drink poison or acid, or otherwise commit suicide. Game concerns limit the use of weaker charm spells and monsters with the ability, from taking this advantage — but more powerful spells and monsters, with comparable abilities that might also bring death, could quite possibly use charm for this sort of purpose. It's therefore advised for character parties to find some sort of protection against charm, using magic items or dispel magic when necessary.

Monsters known to be capable of charm include: