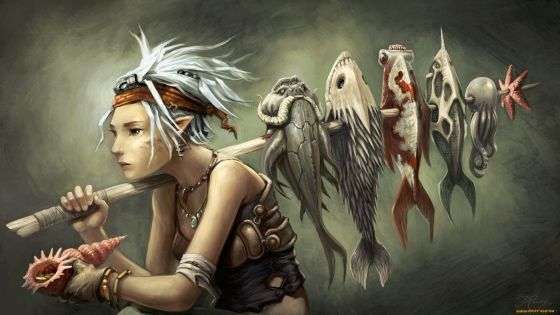 Foraging is an amateur-status sage ability that permits the character to search for naturally occurring food, which may be edible animal or vegetable matter. The exact nature of the food is not important, though it will typically consist of products such as fish, bird's eggs, roots, fruits and berries, nuts, honey, fungus, shellfish and more. The amount that is found will be far more than an ordinary person would find (an unskilled forager might locate half a pound per day) and will certainly be safe to eat. The ability includes the character's knowledge of when edible products are ripe; while some edible mushrooms may be located, the amount located will be less than 10% of the food found. Foraging should not be confused with mushroom hunting.

Foraging presumes hunting above ground; the ability does not provide for searching in subterranean ranges. The time spent foraging equals 10 hours. Characters may forage in 1-hour periods, in which case the amount of food found is divided by the 10-hour standard. For example, Otto decided to forage for 6 hours; he rolls the amount of forage he would have found had he searched for ten hours, then multiplies that by 6/10ths to find the accurate haul.

In some climates, food is relatively common and may be reliably found every day. In temperate climates, the time of the season can vary this reliability; and in parts of the world where food is scant and hard to find, there is a high probability that food may not be found at all. The Foraging Table is organized by range, latitude and season. Where a die roll is indicated, such as "3d20," that number of dice should be rolled and read off. Where a chance is indicated, such as "1 in 6," that is the chance in a 10-hour day of finding only 1d4 lbs. of food.

Foraging is distinct from hunting or catch fishing, in that the skill does not employ weapons or fishing line. Fish may be trapped or netted from shallow streams, however. The character is not given the choice of what is found; they must accept the food that comes to hand as what's available.

Take note that in some parts of the world, the amount of forage that may be collected within a day is considerable. However, rarely do the inhabitants of these areas spend 10 hours foraging, as heat and dehydration are factors when moving for more than a few hours in the open. Therefore, it's best to forage only as necessary, even though food may be extraordinarily abundant.