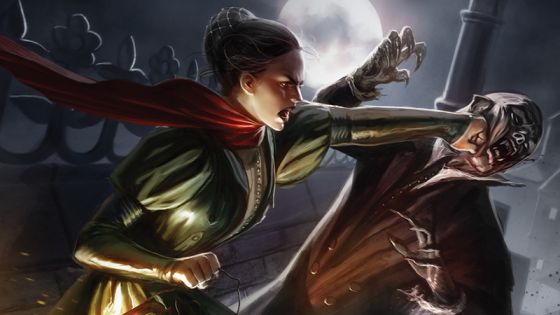 Pummelling is a form of unarmed combat in which attacks are accomplished with the fist, in lieu of a weapon, or used as a secondary weapon. The damage is real; the AD&D notion of "pummelling damage" is not used as a game rule.

Unlike a normal weapon attack, pummelling costs only 1 action point (AP) to perform. This AP cost remains unchanged with combatants with multiple attacks per round. The amount of damage caused equals 1d4-3, or from -2 to 1 damage, with all damage less than zero equalling zero. The combatant's strength bonus is added, so that characters whose damage bonus is significant have good reason to consider pummelling as an effective attack, even during melee — particularly in moments when time is short.

Using a guantlet grants an added bonus of +1 damage. The fist is not considered a proficiency, so that no character suffers from a non-proficiency penalty when using it.

Unlike the use of weapons, when rolling a critical hit when pummelling, an additional die is added to the pool but all modifiers are unchanged. For example, if Ricardo rolled a natural 20, the damage done with his fist would become 2d4-3, plus bonuses from his strength or use of a gauntlet. If he rolled an additional natural 20 afterwards, the damage would be 3d4-3.

When a pummelling attack results in a fumble, the combatant should roll 2d6. A result of 2, or "snake eyes," indicates the combatant has injured himself, taking 1-4 injury damage as a result.