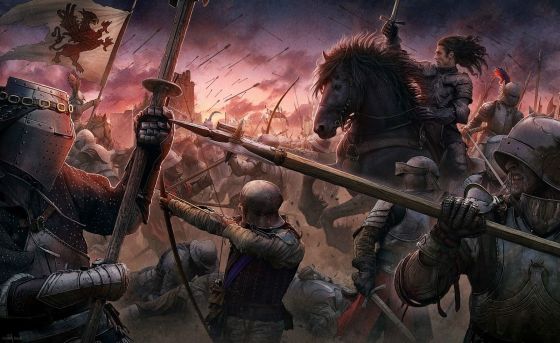 Combat rounds are units of time, nominally equal to 12 seconds. Because combat functions as a "turn-based system," these 12 seconds account for movement occurring of all sides in a conflict.

How many actions a given combatant can perform in the space of 12 seconds depends on their action points (AP); these can be assigned to specific efforts and movements, as described on the link. A combatant with 5 AP can do more in 12 seconds than one with 3 AP. However, while multiple combatants are moving at different speeds, attacks are nevertheless resolved with one side of the combat having the upper hand over the other ("our turn"), only to surrender that advantage to the other side ("their turn").

This turn-based method is chosen because its eminently playable, not because it's an accurate simulation of real combat. Nevertheless, we can imagine all that's taking place: swinging weapons, dodging, parrying, running from or towards other opponents, weaving spells, etcetera. When the overall length of time is needed, the number of rounds that have occurred are added together and multiplied by 12 seconds, with 5 rounds equaling a minute.