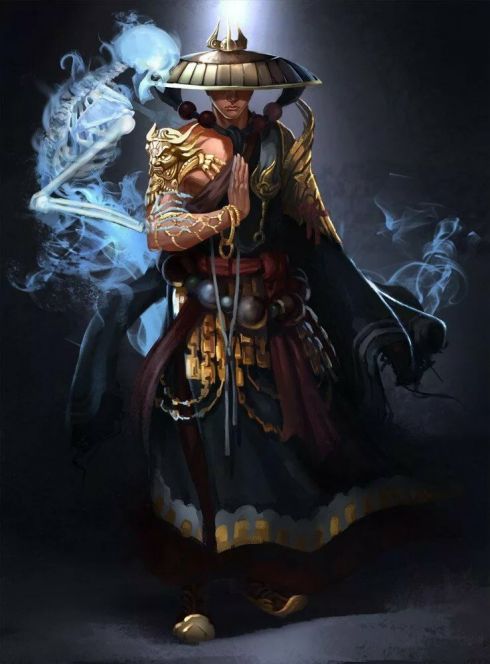 Below can be found a list of the knowledge fields and studies available to the Monk Class. Starting at 1st level, the monk gains one field, and one study within that field. This choice is left entirely to the player.

There are four fields to choose from:

Way of the Heart: seeks to embrace the balance of Yin & Yang as a means to empower the body, gaining strength from the energy that surrounds the character. Monks of this way seek interconnectness and interdependence with the natural world.

Way of the Spirit: seeks to embrace the inward energy that is found in the mind — which, when released, has the capacity to drastically alter the fabric of reality. Thus focus, study and meditation are central to the pursuit of this field.

Way of the Stick: seeks to strengthen the body as a weapon of war, with the essence of the practitioner being committed to performance in combat, causing damage and acting as an arm for the character's masters — whomever they may be, either good or evil.

Way of the Stone: seeks to strengthen the body as an immovable, indestructable object, committing the practitioner's essence towards defense. Monks of this way are often guardians of that which must be defended at all costs.

The studies within these fields are each described more thoroughly on their own pages — and in turn are a number of sage abilities that await possession by player characters and others. Following are a list of studies sorted by their field.

Way of the Heart

Way of the Spirit

Way of the Stick

Way of the Stone

At 1st level, the monk player character will gain 12 knowledge points in their chosen study. A d8-1 is rolled for the other studies in the monk's chosen field, producing a result of 0 to 7 each. A d4-1 is rolled for all other studies in all other fields, producing a result of 0 to 3 each. Therefore, the monk will accumulate sufficient points in every study to most likely become an amateur in all or most studies. Be sure to read the sage abilities page for additional details.

This accumulation is assumed to occur steadily, through everyday discussions with NPCs in settled places, chance reading of books, experiment and insight, whether or not the character ever expresses their intention to gather this knowledge. Time in the campaign is often skirted over ... so we may assume the character spoke to someone in their profession along a road, at a tavern, perhaps finding a shelf of books (and poking through them) during an afternoon's shopping or whenever.