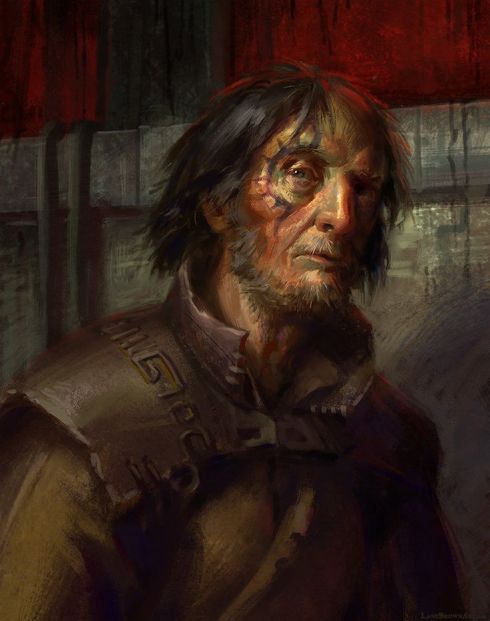 Hirelings are non-player characters (NPCs) that are employed steadily or contractually by characters to provide specific services for pay. Prices for work describe a minimum wage for employees; employers can, if they wish, pay more. Work is offered, and may be refused by hirelings who feel uncomfortable or misused by the employer. Depending on the location, it may be impossible to find persons of certain professions, but ordinarily there will always be labourers and other menials who can be obtained easily.

Although the price of hirelings may be located alongside other goods and services, hirelings must be sought out. There are four methods of doing so: frequenting inns and taverns, hiring a crier, posting notices in public and hiring agents to seek prospects. The best candidates are found through the more expensive methods, but often quality isn't the goal. However, accepting anyone who applies may lead to hiring disreputable persons of low character; persons hired may be spies or outright villains. Most, however, will be responsible persons who recognize the security of having work, with a good healthy fear of poverty. Nevertheless, employers who hire NPCs have reason to be cautious.

Work by hirelings is performed between 14 and 18 hours a day, with times to eat, and if a servant or worker is called out of sleep by the master or mistress out of need, that is occasionally expected and acceptable. Very rarely, a hireling is asked to do work outside of their station, for a few hours at most, which is also the standard. Hirelings make do with occasionally pottering at their work, whiling away a part of their day, intensely careful not to be caught loafing or to leave work undone. The hireling's life is not an easy one — and yet employers risk skulking, mooching, outright laziness and disobedience if attempts are made to ask less than a full day's work from a hireling. The best medicine for weariness is busyness, though it is best if duties are directed with good humour, respect and through evidence that the master or mistress are also engrossed in work.

Hirelings do expect to do the work they are paid to do, and for which they have a talent or energy. Contrary to popular belief, hired guards and soldiers-at-arms expect to guard and defend; they are highly resistant to putting their lives at stake for adventure or risk, and will rarely agree to head off on frivolous escapades. If asked to do so, hirelings most likely to quit their post or duties at once. Porters may willingly carry gear out to a dungeon; a soldier-at-arms or muleskinner might agree to stand guard over a camp or manage the horses and other animals. A personal servant might venture to cook for such a party, and may even be willing to carry a lantern while fearfully following a party into the underground. But that servant would almost certainly flee at the first sign of trouble. Hirelings make very poor adventurers. Parties must recognize that hirelings make good support staff, but should not be expected to stand side-by-side with other party members with which they have little or no relation.

In time, if treated well, a hireling might develop into a follower. In which case, what they are willing to do might better fit a party's expectations. 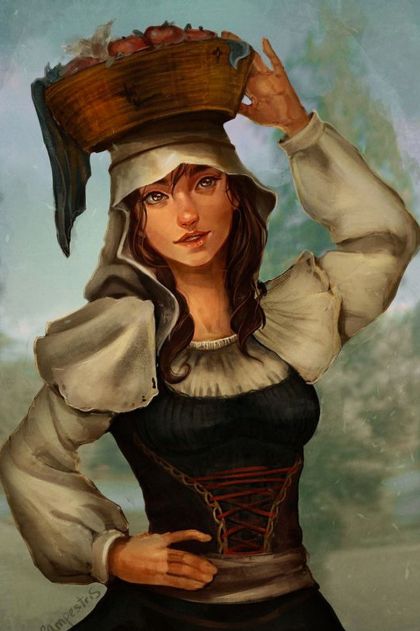 Indentures are conventional for any hireling whose long-term service is desired. It is assumed that the hireling ceases to have the option of bowing out of the contract until it is passed, without express permission from the bond holder. Should a hireling run away, it is legal to arrest the hireling and bestow a punishment personally, not unlike the retribution a state performs for committing a crime. The bond holder determines and performs this punishment, or assigns it, and the hireling has no appeal. Death is not permitted, but a severe lashing or period of imprisonment up to a month is considered reasonable.

Occasionally, prisoners or debtors are forced to accept indenture against their will by the state. The bold holder pays the state a fee and the indentured hireling is delivered into the bond holder's hands. In such cases, little restraint is placed on the bond holder; the experience for the servant is often little better than slavery. And if an indentured hireling of this kind is killed, the matter is often overlooked.

Most player characters, who's progenitors were farmers, rat catchers, barrel makers or hermits, gained a character class through this process, as their parents did not possess the means to raise the fees this training cost. For many, it is a time they prefer not to remember.

Contracts are agreements obtained through negotiations. Usually, contracts are short-term and are arranged with professionals who have little to no interest in becoming permanent employees, even for powerful, high-level characters. Desirable ends include objects to be made, structures to be built, matters of law and regulation to be gotten around, health to be restored or grand enterprises to be accomplished, such as exploration or creating an outpost for trade or military purposes. Advisors, surgeons, lawyers, stewards, weaponsmiths and armourers, knights, buccaneers and bounty hunters are common professions who work only by contract.

All hirelings begin with standard morale with regards to their thoughts about either employers or bond holders. Depending on how they are treated, it may be necessary for hirelings to make day-to-day checks. If pay is not forthcoming, common hirelings will generally quit following orders immediately, though bonded hirelings will often continue to serve for as long as 3-6 months, so long as there's reason to believe circumstances will change.

The more powerful a hireling is, and the more options they have due to their expertise or associations, the less likely they will tolerate rudeness or inconsideration from employers or contractors. Though a master may have the legal right to punish, these punishments need to be seen as justice in the eyes of the household or the existing work-gang, else a poor choice to discipline the wrong worker unfairly may result in an uprising.

Rather than attempt to assign numbers to be rolled, which cannot possibly reflect the complexity of relationships between higher and lower stations, the DM is encouraged to respect the presence of an evident social contract. Rather than running a "surprise" rebellion, for the sake of imposing drama on the campaign, the player should be warned repeatedly that such appears to be "in the wind." Hirelings who approach the players to put their demands forth allows the players the opportunity to change their practice; if the players will not, then the DM may fairly escalate matters to the next step. Expectations should be, however, that essentially employees want to work and be paid and that players should want to treat them civilly and pay them. There is more drama in allowing the players to win over NPCs, who may serve nobly and sacrifice themselves on the players' accounts, than in woodenly insisting that every worker is forever sharpening a knife of envy and mutiny. This is the 17th century after all (and earlier, for many campaigns). Workers did not expect to be treated well; they generally agreed with the widespread philosophy that their betters really were "better," because their religion said it was so.