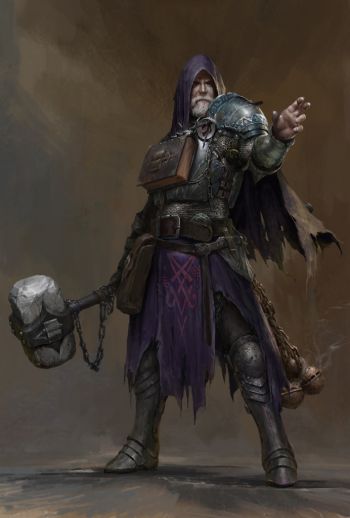 Gain proficiency describes the acquisition of an additional weapon proficiency over and above that normally possessed by the character, depending on their character class. The ability presupposes that, during their training to be a class (most likely a fighter-type class), that an additional focus was put upon the number of weapons that the character would be able to use without penalty.

This allows for the character to specialize in rare weapons that have special uses, such as the bola, the lance or a pole arm; or in bludgeoning weapons that are useful against certain types of monsters. Most commonly, these weapons are overlooked because they are too large, cumbersome or impractical at 1st level.

While the addition of a weapon proficiency may not greatly increase the acuity and power of the character in combat, it nevertheless helps establish the character as one who has learned more than the average person, so that their knowledge of combat sets them apart. For the sake of role-playing, the character might forego the standard practice of always using one weapon in combat, so as to establish a premise of "devoting themselves" to certain weapons depending upon their mood on a given day. That may be linked to the weather, the type of monster being faced, or merely the character's whim.