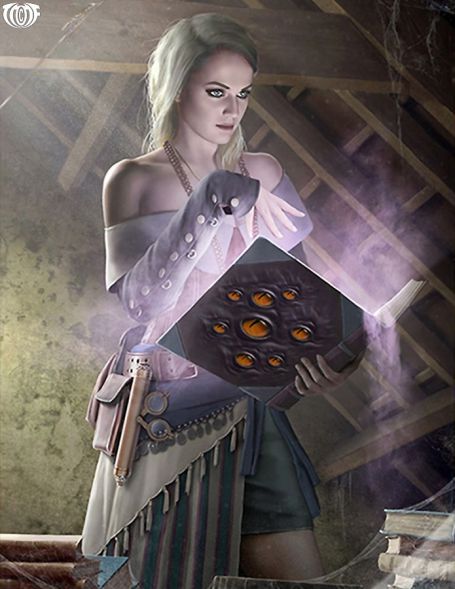 While chanting, the caster cannot change position or take any other action. The chant spell will last for as long as the caster continues to chant, which requires concentration. However, this concentration is strengthened; it cannot be broken by a mere nudge or push; moreover, the chanter cannot be physically grappled or overborne — the intensity of the chanter seems to forbid these tactics. To stop the spell, then, the cleric must be attacked with a weapon, either hand-to-hand or missile, and a hit must be made, causing damage.

Therefore, it serves the chanter's allies to provide as much protection as possible, even having the chanter stand behind a wall or other structure, so that the chanter's voice can be heard but the chanter cannot be seen — thus, allowing the spell's effects to continue. The maximum time period the chanter can continue is five combat rounds per constitution point.

If magical silence is cast upon the chanter, this will break the spell.

The experience (X.P.) from the damage bonus caused when an ally hits accrues wholly to the caster. For example, Trayvon swings and hits with a short sword, causing 6 damage including Uther the cleric's prayer spell. When calculating X.P., Trayvon is credited with causing 5 pts. to the enemy, while Uther's credited with 1.