Difference between revisions of "Hit Points" 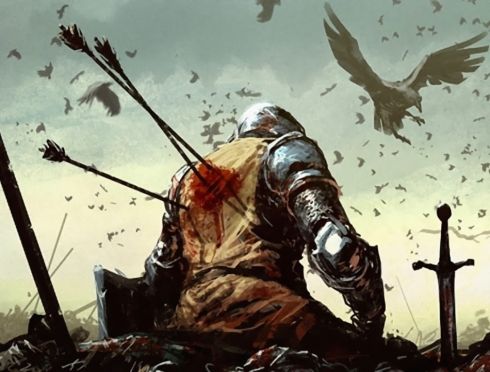 Hit points (h.p.) are a measure of the amount of damage a character can take based on their class, weight and experience level. For the players' common use of the term "hit points," the "total number" or "maximum number" refers strictly to the number of hit points that characters and monsters possess. However, this page discusses the construction an meaning of hit points in the game system.

All creatures that weigh 3 lbs. or more are considered to have a minimum of 1 h.p. Some very light or small creatures may yet have 1 h.p., such as giant centipedes and rot grub ... but this reflects the danger presented by these creatures due to their characteristics. For the most part, however, the 3 lb. minimum should be considered a guideline for determining whether ordinary rats, kittens, bunnies and so on are considered to have any hit points at all. The lack of hit points should always assume that if the creature is hit, it is killed. Creatures without hit points do not affect experience gained.

To better understand what a hit point is, the substance of what makes a creature's hit points must be examined. Hit points that derive strictly from a creature's physical presence are called biological units. Bio units are indistinguishable from hit points for most creatures and for non-levelled characters, such as common folk or humanoids. An orc without any special training has 1 hit die; and this hit die provides the orc with 1-8 h.p. We can also say that the same orc has 1-8 BU.

Common orcs, gnolls and other non-levelled characters or monsters do not die at 0 hit points, but in fact will survive until they reach -4 hit points. The space between -1 and -3 h.p./BU indicates the point where the creature has been severely injured but is not actually dead. This means that an orc with 8 h.p. would not be killed until they had sustained a total of 11 damage. However, according to the negative hit points rules, the orc would probably not be conscious at -2 or -3 h.p.

An example with less BU, say 1, would have "beat up," "banged around" and "eager" compressed into a single point. An example with many more points would have finer distinctions. Anyone with zero or more BUs will be considered reasonably healthy, though in need of rest and recuperation. Anyone with a negative BUs will be ill, damaged, crippled or near death, depending on how far below zero they are.

How does training change the above structure? Training effectively decreases the damage that is done to the creature's number of BUs by expanding the number of hit points. Consider this second table that's shown. Imagine that the orc has received training and has become a 1st level fighter. It rolls a d10 for additional h.p. over and above it's former BU, getting a "5" on the die. Because it is levelled, it now adds +2 h.p. between each of its former negative levels of health, so now the orc will not die until it is reduced below -9 h.p. The remaining new h.p. are interspaced between its former BU, widening the gaps between being feeling "beat up," "banged around" and "eager. Where formerly it would have taken 1 damage to reduce the orc from 8 BU to 7 BU, now it takes 2 damage to cause the same reduction in well-being. And as the orc increases in experience levels, this gap is widened further.

Effectively, this means the damage done by enemies is lessened by the combatant's experience, without changing the actual dice rolled. That is why a lion easily tears up a creature with 8 h.p.; but our newly educated orc, with 13 h.p., would sustain the lion's attack much better — with the lion always doing the same damage, whatever its opponent.

This organisation of hit points is meant to explain that serious effects of combat — wounds, injuries, unconsciousness and death — are specific parts of the combat system, specifically occurring under specific circumstances. The loss of hit points are not indicative in themselves of great harm being done to the character. When great harm is being done, serious effects reveal themselves according to the combat rules — and not according to the whims of the DM's imagination.

If we accept the premise that having more biological units indicate a higher robustness and overall genetic fitness, then we can extrapolate the characteristics from which BUs derive. Each of the following characteristics exist in every creature, in varying degrees: and their combined values indicate the creature's BUs and hit points.

In game terms, we simply roll the combined total of these qualities randomly; there is no actual need to calculate a creature's exact health or happiness in order to know its hit points. However, suppose we have a creature that has 5 hit dice and 1-8 h.p. per die. It has a potential of 5d8 h.p., which is an average of 22.5; and we roll that it has 9 h.p. Looking over the list, we can conclude that something must be severely lacking in the creature's fitness: that it is remarkably unhealthy, that it is actually very young, that it is being ravaged by a disease and so on. Hit points can give us an insight into the special nature of a creature, allowing us to present it to the player characters as something unusual or unique, based on these general characteristics.