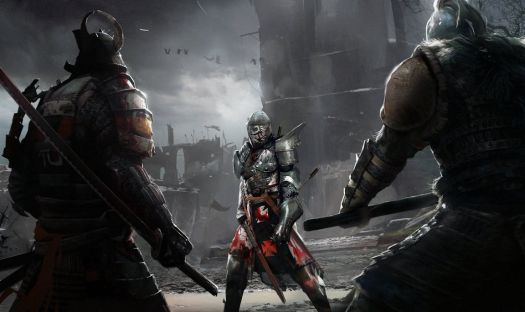 Initiative determines which of two or more groups entering combat will act first, as required by a turn-based system. Each group rolls to win initiative at the start of a combat. This is done at the beginning of every engagement; once initiative is determined, it is NOT re-determined every round.

Surprise is rolled only when a group of combatants unexpectedly meets with an enemy. It may be that the enemy has lain in wait, hoping to surprise an unsuspecting group of "defenders," or it may be that two groups meet unexpectedly at the same time. In the former case, only the defenders roll surprise. In the latter case, both groups roll. Whomever is surprised loses the initiative. If neither group is surprised, or both are surprised together, then initiative must be rolled; in the latter case, after both groups have recovered from surprise.

Following the determination of surprise, each side of the combat must roll initiative. This is done on a six-sided die. The DM rolls for each group of non-player characters. For the party, the DM designates one player, who rolls on behalf of the party. This designation should be shared from combat to combat, but the DM can also use this designation to encourage participation from one party member whose attention seems minimal.

The dice are modified according to dexterity, luck or magic, as applicable. The one die rolled for the party may be individually adjusted.

For example, Nathan and Obadiah are both player characters in the party. Nathan has no adjustments, but Obadiah has a 16 dexterity and is therefore +1 to initiative. A "4" is rolled for both; this counts as a "4" for Nathan, but as a "5" for Obadiah.

Whomever wins the initiative attacks first in the combat.

When two or more combatants fight simultaneously, it means that BOTH roll attack dice, and damage dice if applicable, regardless of the outcome.

For example, Patricia the 1st level player character and Rakk the orc are simultaneously. Both roll d20s to hit; both hit; both roll damage dice. Patricia causes 5 points of damage, which doesn't kill, but does stun Rakk. If Patricia had initiative, this would cause Rakk to lose his round; however, since the attacks are simultaneous, and Rakk also hits, he does 4 damage to Patricia. This ALSO stuns ... and so both Patricia and Rakk are stunned together.

If Patricia were stunned and not Rakk, then Rakk would attack again. Further simultaneous movement would cease, since Rakk had gained initiative by overcoming Patricia in the first round. However, because both sides are stunned, both sides recover simultaneously and the NEXT round is counted as simultaneous again. This continues until one side or the other gains an advantage through stunning, until one or both sides foregoes an attack, or until an outside combatant stuns one or the other.

Re-engagement describes a situation where combatants, who have fallen out of a combat, join an existing battle. This includes combatants who have been stunned, or who have fallen back to heal themselves or cast spells; it includes those who have failed morale, been routed and have now regrouped. These examples are not exclusive of other possibilities. By joining an existing battle, the movement and attacks of the re-engaging combatants are considered to be in step with their allies turn. Initiative is not re-rolled for re-engaging allies.

However, if one group of combatants who have fallen back — for whatever reason — meets with a group that are not engaged, then this is considered a NEW engagement and initiative is rolled at the outset.

For example, groups A and B are engaged in a combat with groups X and Y. Group B falls back, as does Group Y, while groups A and X continue fighting. If B re-enters into the fight between A and X, initiative NOT is rolled. But if Group B and Group Y meet separately, starting a new combat where A and X are not engaged, then initiative IS rolled.

This applies to single individuals as well as to groups.

Another example would be a rider attacking with a lance or other weapon in passing — who then continues on, only to circle and try again. Still another example would be a submerged creature that attacks from below the water surface and then dives out of reach. Each time these contacts are broken, initiative is rolled at the start of the next contact.