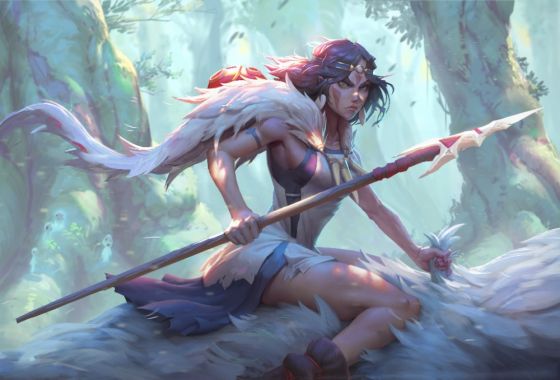 A weapon with a long wooden shaft and a pointed metal tip, usually of iron or bronze, though potentially of ivory and other naturally hard materials. The shaft may be sharpened to a wooden point, lacking a metal head. The heft and strength of the spear makes it distinct from the javelin, a much lighter weapon designed for hurling.

Spears may be both used in melee or for hurling at an enemy. In either case, it causes 1-6 damage on a hit. It can be thrown with one hand, but in melee it requires both hands. An exception to this is phalanx training, in which the combatant is trained to use the spear in melee one handedly, while supported by the form of shield.

A 7 ft. shaft is judged to be 4 lbs. and 15 oz., with the head weighing 17 oz.; the length of shaft can be adjusted for shorter characters without adjusting the weight of the head. Spears that are 8 ft. or longer, though of the same basic design, are treated as pikes for combat purposes. Pikes may not be hurled.

Spears may also be set vs. charge. This requires that the butt of the spear be planted into the ground and held with the foot, before it's met by a charging opponent. The spearholder automatically gains initiative against the charger; on a hit, the spear causes double damage against the charger. This would in turn be increased normally if a critical hit occurred. Once the hit occurs, the spear is considered to be no longer set. The weapon is not considered set when used against a non-charging opponent and cannot cause double damage in such cases.

The range of a spear is fair compared to other hurled weapons. The weapon cannot be thrown at an adjacent hex; 2 hexes is consider point blank range, giving a +1 bonus to hit. The spear's short range is 3-6 hexes, for which there is no adjustment; medium range is 7-12 hexes, giving a -2 penalty; and long range is 13-18 hexes, giving a -5 penalty.