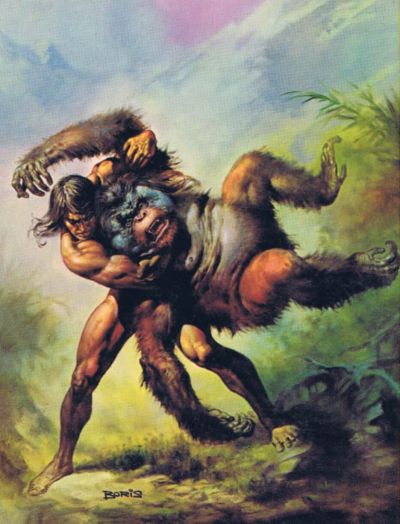 An ability that replaces aspects of brawling as a grappling attack, in which the character has some experience with using clinch holds. In using the ability, the character rolls to hit normally. As an amateur-level ability, the character does not gain expertise in any specific hold – yet, when rushing an opponent, the character does receive a +1 bonus to hit. As well, damage done when clinch-fighting equals 1d4, adjusted by the character's strength-damage bonus (2 pts. more than that done by ordinary brawling). As with brawling, if the defender is stunned, the defender is considered to be held, or pinned, and subject to further attack by the attacker. Thereafter, the attacker must roll to hit to cause further damage; however, a "miss" does NOT indicate that the hold is broken. The attack can maintain the hold until it is broken, up to 1 total round per point of strength the attacker has.

For example, if the attacker has a 17 strength, an opponent can be held continuously for 17 rounds.

Furthermore, when defending against a wrestling attack made by an unskilled grappler, the clinch fighter is granted a 20% bonus to their listed weight. For example, a 210 lb. defender would be counted as 252 lb. This bonus is not granted when fighting skilled opponents (those with amateur-level training or better).

Additionally, if a clinch-fighter is held, then following the round when they are stunned, they are entitled to a saving throw against paralysation. If successful, then the hold is broken and the character is able to move up to one combat hex away from their opponent.

Ordinary persons without unarmed combat skill are allowed to make an attempt to break a "clinch" every third round thereafter. To succeed, they must roll a natural 20; otherwise, they are helpless. They cannot, however, be attacked as helpless defenders by the character maintaining the hold (who may, however, continue to attack them). An outsider, however, CAN treat the held combatant as a helpless defender.

Defenders, particularly monsters, with bodily attacks, may continue to attack even though they are held, though the damage they cause is reduced by 50%.