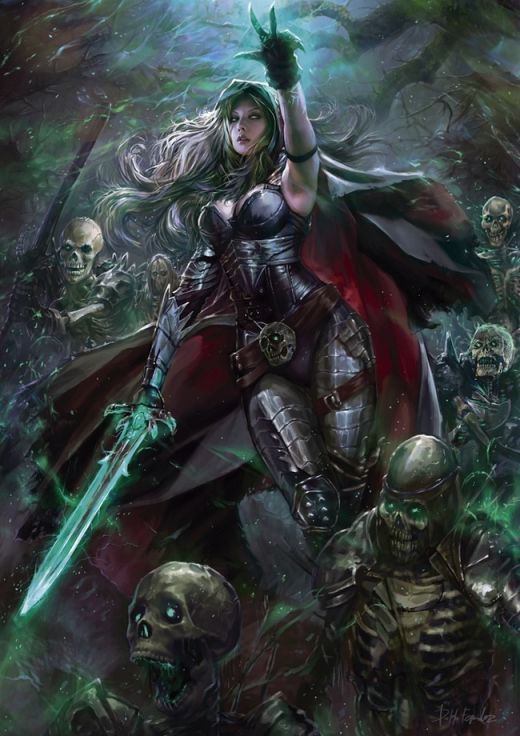 Raises dead humanoids as either zombies or skeletons, depending upon the state of the dead at the time of raising. If the creature retains more than 50% of its body flesh, it will be raised as a zombie; otherwise, as a skeleton.

The zombie or skeleton raised will conform to the creature as normally encountered.

Animated undead will obey the commands of the caster, and cannot think or act on their own accord. The creatures will exist until they are destroyed.

The cleric cannot create more hit dice (HD) than he or she has levels, even though the spell may become available again; each day, however, lost undead may be replaced if the spell is reused. Note that bodies that have been buried by a priest cannot be transformed into undead.

Large undead, those with 4 HD, will cause double the damage of ordinary forms. Huge undead will cause triple the damage. All undead, regardless of their size, have a THAC0 of 18.

If the undead creature succeeds in killing a living humanoid, causing at least 8 h.p. to the victim prior to its death, then the skeleton or zombie will gain 1 HD permanently. Thus a 2 HD zombie could become a 3 HD zombie, or more, through killing. The maximum number of HD that can be gained will equal the level of the caster at the time when the skeleton or undead was animated. Regardless of their number of HD, all skeletons and zombies are turned with the same success.

The living beings that are killed must possess a minimum of 1 HD.