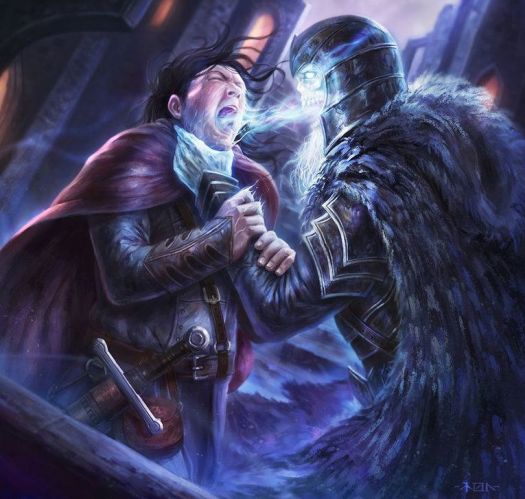 Restoration brings back a creature's lost experience level, restoring lost memories, hit points, powers and the body's vigour, as it was before the level was supernaturally drained. This restoration is permanent.

The spell also enables the caster to provide a level for a healthy recipient, increasing their knowledge and abilities beyond normal. This effect can only be experienced if the recipient possesses all of his or her achieved levels and is a believer in the caster's religion. The effect is to raise the recipient's experience level by 1 pt., for one round per level of the caster.

Affected characters can, if they wish, choose new spells, add to their weapon proficiencies and add to their sage abilities, if this seems practical in the time given. The character may also enjoy a better to hit table, more hit points and all other benefits that would normally come from gaining a level.

The reverse of the restoration spell, energy drain, permanently removes one energy level from any victim that's touched. The victim need not be the same religion as the caster. The spell has no effect upon a creature's hit dice, and cannot be used to kill a non-levelled person. The touch may be attempted multiple times, but once the a number of rounds equal to the level of the caster has passed, the spell's force is lost.

To touch an enemy, the caster must attempt to hit. The enemy's armour is ignored; the caster needs to hit armour class 10 to succeed — whereupon the enemy's experience level is in jeopardy. Touched creatures are entitled to a saving throw against the spell.