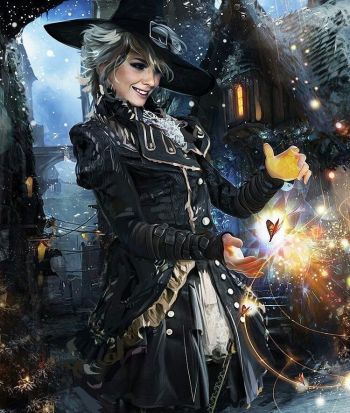 Empowers the caster to transform a pre-existing fire source, one that is necessary for the spell to function. There are two effects which may be produced through the use of the spell:

Produces a flashing, fiery burst of glowing, colored fireworks that lasts for 1 round per level of the caster. If employed at night, these will temporarily blind creatures within the area of effect that do not make their saving throws; if a save is made, it indicates the creature has turned their back on the display. All creatures within the area of effect wishing to take action must face a direction away from the display (within a 120° opposite the fire source).

Produce a thick, writhing stream of smoke arising from the source, forming an obscuring cloud that will cover the area of effect. This cloud will be in the shape of a dome that is 20 feet high. Visibility in the cloud will be one combat hex, so that hand-to-hand combatants within the cloud can see to fight. Attacks by any creature in the cloud will be performed at -2 to hit.

The pyrotechnics that are created will consume a source fire that is 5 ft. in diameter, extinguishing it when the spell has completed. The obscuring smoke that is caused will completely dissipate within two rounds. Die modifiers will end immediately and in the first round thereafter visibility will expand to 3 combat hexes. During the second hex, there will be signs of smoke but line-of-sight will be normal.