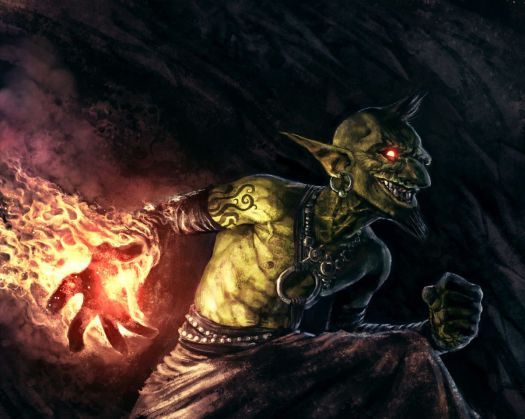 Produce fire conjures an immolating magical blaze that envelops the caster's chosen hand, which can be used to set materials alight or to seize hold of an enemy to cause damage. The flame isn't as hot as natural fire, so it often requires persistence to force an object to ignite as the caster wishes.

For each round of holding onto an object, the caster is able to raise it's temperature 125° fahrenheit. At 3rd level, this is sufficient to set paper and lamp oil aflame after two rounds of holding; charcoal and alcohol requires three rounds; pitch requires four rounds; light woods require five rounds and heavy woods six or more. Wet, soggy wood would take longer still. Naturally, the caster must be of sufficient level to maintain a flame long enough to ignite it.

Once a material burns, however, the resultant blaze is normal fire, not magical. The result has the potential to set an area alight, depending on the material affected. A trench filled with lamp oil would burn rapidly throughout it's length; but a similar trench filled with firewood would enable the flame to advance much more slowly — perhaps no faster than one hex every 5-15 rounds. Fire indoors advances three times faster than out of doors ... though not as fast as a modern room burns, as it distinctly lacks the presence of modern materials.

Most establishments made of wood employ fire retardant methods, such as mixing sand with pitch to raise ignition temperatures; fired bricks; or mortar made from animal dung and clay, called "wattle & daub." Moreover, many public houses are made in large part with stone pieces in mortar. As a result, it's much harder to set a building on fire in the game world than players usually suppose.

For each round the flame remains active, the caster can use it to cause damage in combat. To do so, the caster must attempt to hit. The enemy's armour is ignored; the caster needs to hit armour class 10 to succeed. A successful hit causes 2-7 damage.

The grasp can be attempted once per round. Creatures with non-corporeal bodies, such as shadows and banshees, or those with immunity to fire, aren't affected. If the creature to be touched also delivers an attack by contact, such as a ghoul or a ghast, the caster's fiery hand will protect him or her from those effects.