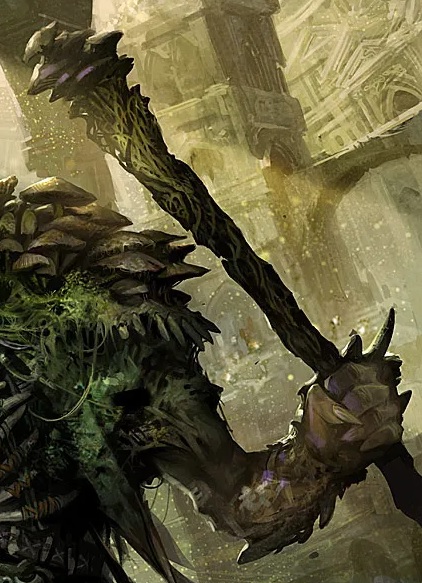 The club, also the cudgel, bludgeon, shillelagh, bang or knobkerrie, doubles as a hand-held melee weapon and hurled weapon, made of only hardwood. In shape, it's a stick about 24 to 30 inches long, usually with a hardened, rounded knob on its end. It has the benefit that anyone can make a club, and that club-like objects — like a table-leg, piece of bannister or belaying pin — can serve as a club if no other weapon is available.

Clubs with spikes, metal-weighted heads, chiseled sharp edges or with metal studs are more correctly described as maces or godentags, and are not discussed here.

Damage from the club is 1-6, adjusted by strength. When hurled, the weapon's range is very poor, as shown on the table. Hitting with a hurled club can be improved by a high dexterity.

At 3½ lbs., the club is considered to be a "light weapon," so it's used with one hand and takes 1 action point to draw from a character's belt. If a roll to hit produces a fumble, the club will break on a 1 in 4. It's the right size and length to be used while on horseback.

The club is a hereditary weapon in various forms, shown in brackets, for characters raised in the Dutch Colonies (knop), Leinster & Munster (shillelagh), Northumbria & Ulster (cudgel), among Plains Natives in America and the Zulu (knobkerrie). It's favoured among persons whose progenitor is a hermit, innkeeper and sailor. This grants a +1 bonus to hit for these peoples.

The 1st level druid spell, shillelagh, transforms an ordinary club of that type into a temporary magical weapon.