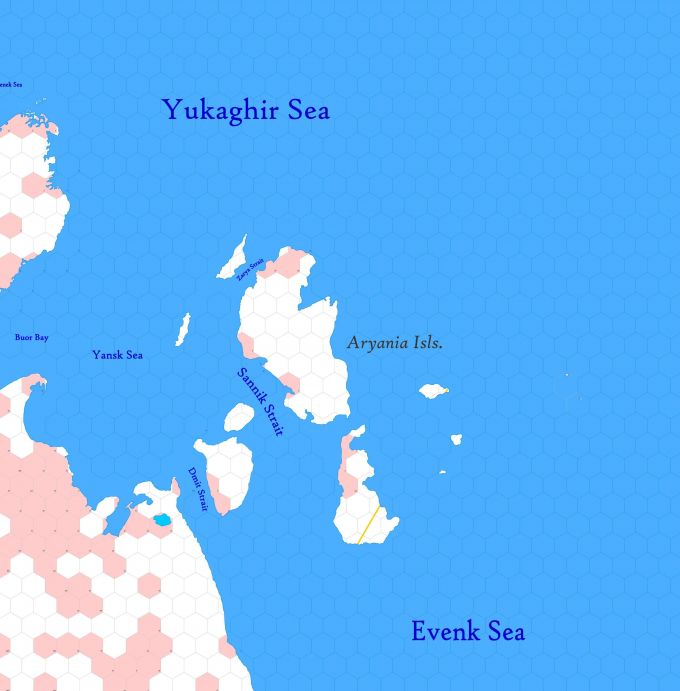 Incomplete Map. Arctic region reaching from 82.34°N south to 72.51°N, utterly undiscovered by civilisation. Includes the unknown islands of Aryania and the coast of Trakkatch Dran.

A marginal sea of the Arctic Ocean, stretching eastward from the Aryania Isls. Characterised by an abundance of ice fields which fully melt only in August-September. The sea shores are inhabited by norkers and in the very far east, elves. Sea passage can only take place along its southern limits, from mid-July to nearly October.

An arm of the Arctic Ocean bounded by Samoyadia on the west and Trakkatch Dran on the south. The sea is shallow, no deeper than 12-13 fathoms as far out as 30 mi. from shore. The Yansk Sea is free of ice and open for navigation from the east during August and most of September, though pack ice and bergs may be carried into it from the frozen west sea. The Yukaghir Sea cannot be entered from the west, as it remains frozen or nearly so the year round.