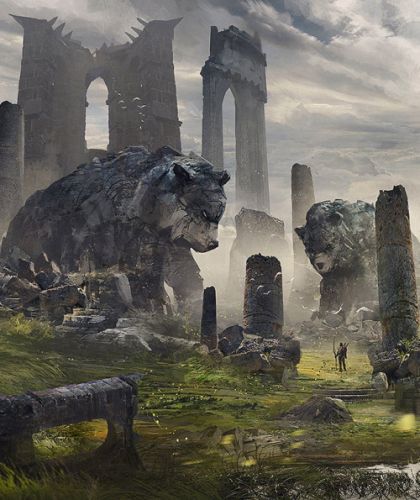 Causes other creatures to disregard the caster, as though he or she were not worth bothering about. During this time, creatures will not attack, nor be aware of the caster's presence. During the spell's duration, the caster may not expend more than 2 action points per round.

The caster is physically restrained by the spell from taking any aggressive action, and may not cast spells that have any effect upon other creatures. If at the end of the spell, the caster suddenly becomes noticable amidst a group of enemies, those enemies must roll surprise before they can act; those who are not surprised must roll initiative with the caster.