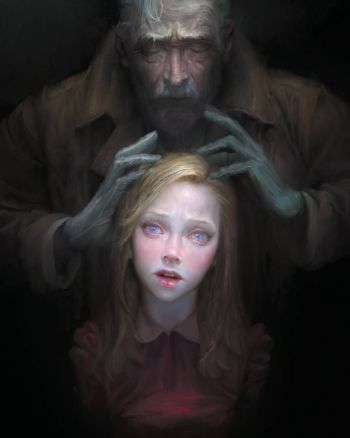 Know Intent reveals a subject's designs and objectives for the next five rounds, enabling the caster to "jump ahead" and take the situation in hand. This may involve foiling a spell, avoiding an attack, knowing that the subject is an enemy or a friend, readying a defense or taking steps to restrain the subject from acting. The spell does not reveal the subject's long-term plans.

The spell does reveal the malevolence of the subject, as thoughts of causing harm, killing or escaping would be present, even if the subject were restrained and unable to do any of the actions they might intend to do. The caster is limited somewhat regarding the specifics of an action. This depends on the subject's thoughts; they might be thinking of singing a song, but haven't yet decided which song to sing. They might intend to run, but be uncertain about which direction to take. The limitation is in the subject's own decision-making process; the spell reveals what the subject thinks — it does not reveal the future exactly. If the subject were intending to target a specific person, that information would be known.

Once the spell is cast, the spellcaster does not need to concentrate continuously through the spell's duration. However, some attention must be made; if the caster is distracted, by conversation or by a fight, or similar matters, then the subject's thoughts in those moments would be lost.

The caster is able to examine one subject per round, while the spell is in effect, so long as that subject is within the area of effect.

If the subject is possessed, it will reveal the intentions of the possessing creature, and that there is such a creature inside the subject.