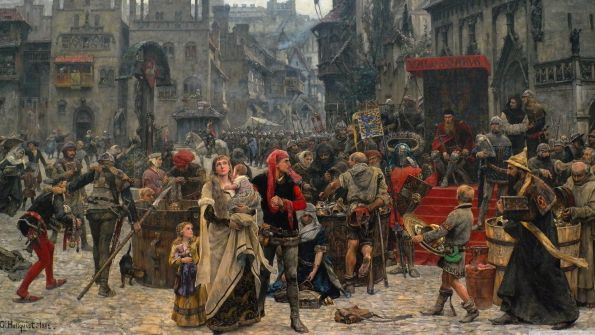 History is a sage study in the field of the Church, examining the past, providing the character with an understanding of past events, conflicts and consequences arising from actions and chance occurrences. The study concentrates on real events and does not include detailed knowledge of the supernatural.

Because history is an enormous subject, it is necessary for characters to specialize in periods of history (ancient, medieval or modern) or in geographic spheres (African, Asian, European or the New World).

Characters decide which periods or spheres they wish to study, and assign their gained knowledge points to those categories. The character may focus upon a single period/sphere, or they may apply their points to one or more of either. For example, Rachel has accumulated 32 knowledge points so far; she has assigned 10 of those to medieval history, and 22 towards the African sphere. This gives her amateur status in each, whereas she could have had authority status in one or the other.

However, Rachel does enjoy having an authority status in specifically African Medieval history, as this is the point where her studied period and sphere overlap. Choosing to split up her studies expands the number of areas in which she has some knowledge; but to achieve expert or sage status in either a period or a sphere, she will have to focus all her points in one place.

Ancient History starts with the invention of writing to approximately the mid-5th century AD, up to the fall of Zimbabwe, Rome, the Gupta Empire and the Han Dynasty, before the rise of Islam and the Mayans, along with other changes that occurred during this transition period.

Medieval History includes the time after the ancient period, through the dark ages, the establishment of widespread empires in Africa, the middle kingdoms of China and the time of the Mongols that followed, the rise of the Aztecs and Incas, the spread of Islam and the establishment of Christianity. The time period ends at about 1500 AD, where modern history begins.

Modern History accounts for the last 150 years, following the rise of the Hapsburgs, the commencement of settlement in the New World and elsewhere, the rise of Protestantism, the Moghuls, the decline of the Ming Dynasty and the hegemony of the Safavids and Ottomans. Includes knowledge of the slave trade, religious wars, expansion of Moscovy, and the onset of European power throughout the world.

European History concentrates upon events specifically in Europe, with some slight knowledge regarding the influence of the West on other spheres.

New World History describes events in the north and south continents of the Americas, from the Aleutians and Alaska to Cape Horn, as well as the Antarctic and very little regarding Oceania.