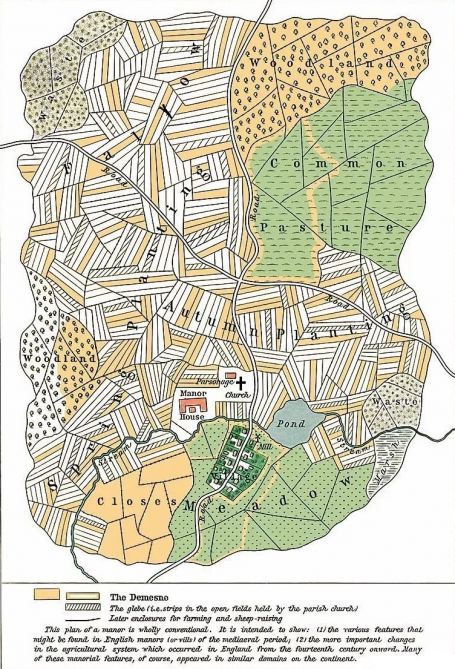 The D&D campaign uses a wide variety of unfamiliar, archaic units of measure with which most players are unfamiliar. Units that are used in Alexis' World are defined and compared below, for the benefit of players in that world. These correspond to common measurements in the 17th century, the approximate time of Alexis' campaign as it relates to Earth's history. Therefore, these measurements are "imperial" in nature and not metric. Metric equivalents are not given, since they would not exist in the minds of characters at the time; additionally, there is something to be said for requiring the player's minds to think in measuring objects in the same way that people did once upon a time. Units are divided according to what is measured.

Describes land that is one chain in width and one furlong in length. This width equals the space required by eight furrows; the length equals the point when a pair of oxen need resting. It is therefore the best use of the oxen's strength, as the animals can be driven for a furlong, then turned at the maximum point (a difficult procedure) and brought in line at the same time they are effectively rested before driving the next furrow. Therefore, all plowed land was measured in strips of this dimension, as opposed to more squarish shapes that would require unnecessary turning of the owner's oxen. The acre also represents the total are that can be effectively plowed by one team of two oxen in the space of one day.

Also an oxgang or oxgait, an area of 15 acres, the practical amount of land that a single ox can plough in one season, in time to plant crops. Cottagers and poor villeins will have one bovate to work on, which typically they don't own and cannot dispose of freely.

Also a ploughgate, an area of 120 acres, or four virgates. The carucate's acreage describes the fertile land comprised by the allotment; an actual carucate may consist of many more acres (the number varies depending on the region) of land that is impractical to plough. This allotment can be usefully equated to certain definitions of a hide.

Also a yardland or yard of land, an area of 30 acres, or 2 bovates. This is the practical amount of land that a pair of oxen can plough in one season, in time to plant crops. The term is etymologically unrelated to the yard of land around a dwelling. Villeins will keep tilled land equal to a virgate, which they don't own and of which they cannot freely dispose.