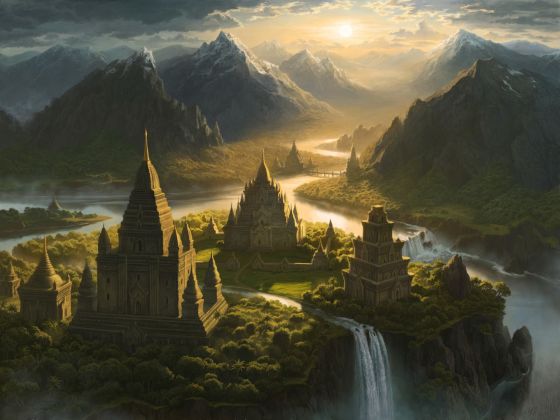 flows according to the patterns created by the world's topography, elements and fertility.