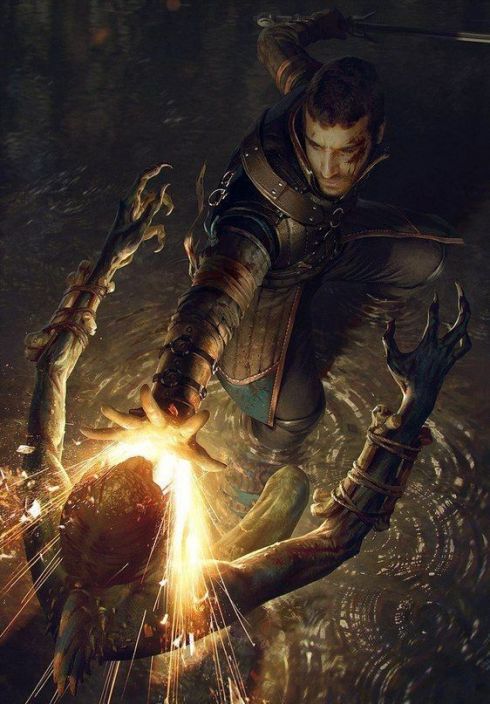 Damage describes the removal of hit points (h.p.) from a combatant due to hits from weapons, spells, falling, disease, monster abilities or other means. There are many possibilities.

When damage occurs, that amount is temporarily struck off the character's present h.p., until such time as these points can be healed through spellcasting, device or rest.

Levelled characters can sustain far more damage than non-levelled. This is due to training, resilience and an indifference to a "hurt." Things that might disable a more common person are merely shrugged off.

Sufficient damage acquired in a single blow may cause a wound or result in an injury. These additional factors exist to represent the multiple effects of damage, where the loss of hit points aren't merely a "wearing down" of the combatants.

When an injury occurs, bones have broken or some form of internal rupturing has occurred. This is a moderate trauma at the worst; in a medieval or post-medieval setting a severe internal trauma would surely lead to infection and death. It's understood that "injuries" are something the character will come back from.

Damage also measures a character's nearness to death. As damage accumulates, the character is driven towards negative hit points, and thereafter to unconsciousness. This last indicates when a character has reached a point of maximum exhaustion, without actually dying.