Difference between revisions of "Combat" 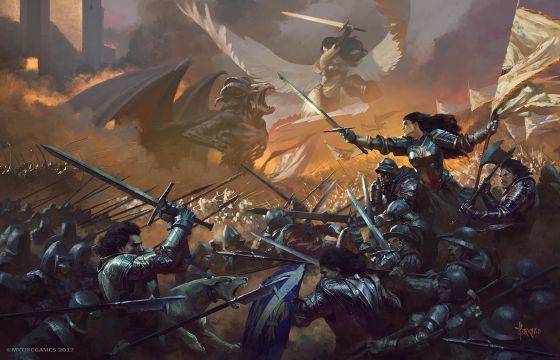 Combat is a method of resolving conflict between fighting parties in D&D. The accuracy of these combats in relation to the real world is not a priority, and is often subjugated by the need for playability. That said, many elements of combat reflect circumstances in the real world — and this, too, is an important part of the game, since these touchstones encourage immersion for the players.

The combat system used here is a heavily modified version of the AD&D model. Recognizable parts of AD&D remain, because these parts function best in the structure of this combat system. However, in no way is AD&D to be considered the "preferred" model. If any part of what is presently AD&D-like can be improved upon, and therefore dropped from the system, it will be. Our purpose here is to create the most workable, tension-building, strategic, emotionally satisfying combat system that can possibly exist.