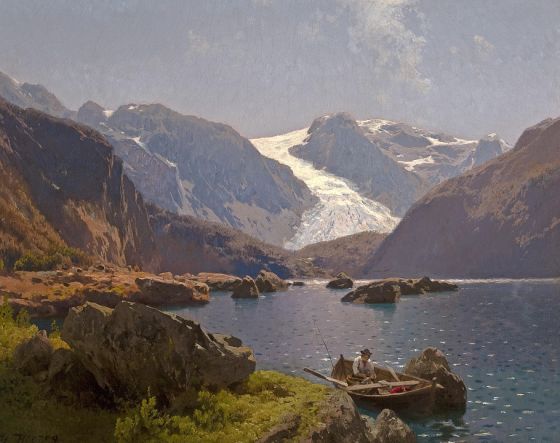 Alpine environments are distinctive for their elevation, which creates a landscape of rock, tundra and small stands of trees with sufficient shelter to produce a temperature at which these plants can thrive. Such copses are small and are found in soil-filled crevasses and along the least elevated edges of the alpine plateau. Dwarf shrubs are more common. Large growth of this kind does better on equator-facing slopes. These sub-alpine conditions disappear above the tree-line, leaving only grasses; higher still, above the snow line, snow and ice persist all year long. Much of this upper landscape is rugged and broken, with rocky, snowcapped peaks and talus slopes.

These places occur at high enough altitude anywhere in the world. Large areas of alpine conditions occur in the northern American Cordillera, the Alps and Pyrenees of Europe, the Himalaya and Karakoram of Asia, the Andes of southern America and the Eastern Rift mountains of Africa. Alpine lands include very high plateaus that may be gently rolling country with an almost flat topography.

Alpine areas have growing seasons that are too short for cultivation. Average summer temperatures are cool at best, with temperatures frequently falling below freezing even in summer; morning frost is common. Precipitation occurs mainly as snow; snowfields commonly accumulate on the lee sides of ridges. High winds are common, and can be extremely unpleasant and dangerous for travellers and climbers.

These regions are often beautiful and impressively varied, scattered with isolated monsters and lairs subdivided by high ridges and steep glaciers.

Below is a list of elements and features that are common to alpine ranges:

The following monsters are common to alpine ranges: