Difference between revisions of "Aid (spell)" 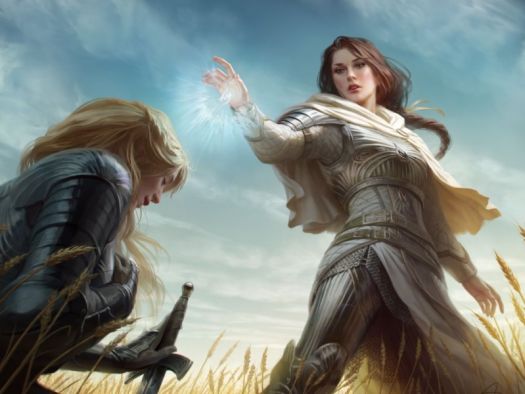 Aid allows the caster to heal or bestow additional hit points (h.p.) to another person besides his or her self; the spell cannot be used to benefit the caster. The amount given is 10-20, or 2d6 plus 8 h.p. For the spell's duration, the recipient also receives a +1 to hit bonus.

The recipient must be of the same religion as the caster. If the recipient has suffered damage, then the spell restores those hit points like a healing spell — though unlike other healing spells, such as cure light wounds, the aid spell cannot be granted to more than one recipient.

Aid is not only a healing spell, however. If the number of points given exceeds the character's normal maximum, the additional hit points are also endowed, on a temporary basis, as the duration indicates.

For example, Albert normally has a natural maximum of 14 h.p. At present, Albert has suffered some damage and is currently at 9 hp. When Bethune casts aid, he bestows a total of 17 additional hit points to Albert; the first 5 of these heal Albert to full hit points. The remaining 12 are then added to Albert's total, giving him a temporary maximum of 26 altogether. Bethune is 4th level, so Albert's additional h.p. will last for 10 full rounds.

Naturally, the best time to cast the spell is prior to a combat.